I’m currently working on a chrome app to sync a file with the Codingame IDE.This way, I can work with my favorite IDE through file sharing.

For the benefit of everyone, I would like to have some feedback / expectations.

Here is what is already in the application:

Thank you for your feedback.

How will this work if I work from two different computers? I have a work computer and a computer at home.

I think something more powerful would be to pull and push changes from a git repository.

Atm, the plugin only save data in the local chrome storage (file used, option settings). It’s an very simple app allowing me to use my own IDE and my favorite shortcuts (and avoid me to CTRL + A, CTRL + C => CTRL-V everytime i want to test something)

There already is a backup code on the site, so the sync could be done from there. If @Tryum idea is implemented, the IDE would always be up-to-date, and hence work from different computers (not at the same time) would be possible, am I wrong?

@SaiksyApo: Bellow ON/OFF button, I would add the text “Options ▼”, that would allowed the user to parametrise the add-on. @Tryum idea would then be an option.
By the way, about his idea and the “CodinGame in read-only”, I mainly code in an external IDE, but still use CodinGame IDE for quick debug. My utilisation would need both his idea both sync and disabling read-only.
You say @tryum idea consumes more ressources, I may miss something but I feel that the following is enough and doesn’t consume much ressources:

Also, just a thought I have: During the The Great Escape, I’d have loved a toolbar containing both this plugin and the information that were in @grmel89 android app. Though related, it’s a different project, but it might give ideas.

@yohannjardin : The options panel is present in the application itself.

Further to your feedbacks, I enabled the readWrite, the background mode and the 2-way data binding in the options too.

The code is being reviewed by the Codingame staff, and will soon be available for a beta test. 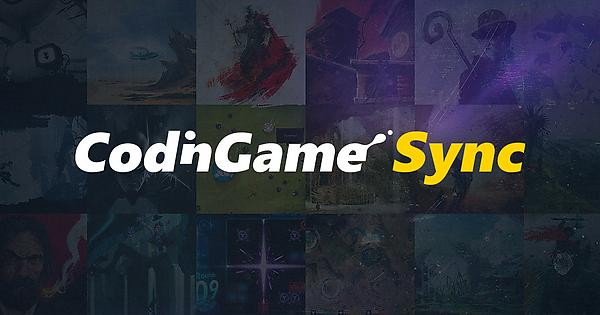